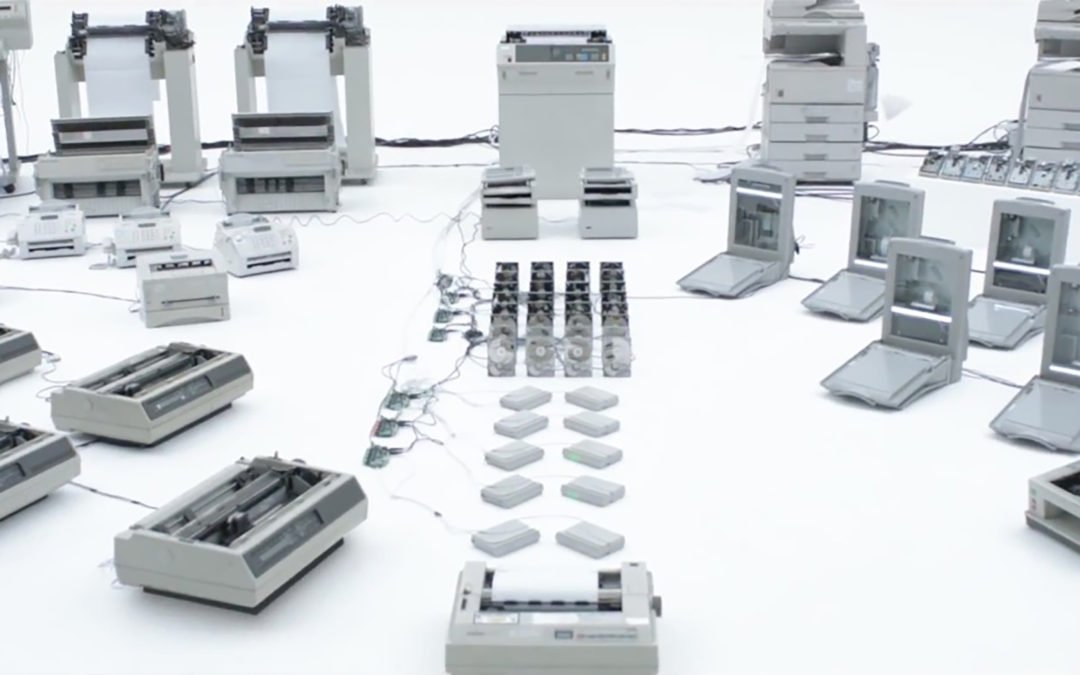 Chris Cairns was recently was asked to build an orchestra from redundant old technology and instead of faking it he did it all for real.

While some would throw away their old computer junk, Chris Cairns went on a rummage expedition to assemble a motley bunch of retired electronics, re-wiring them to build a 100 piece MIDI orchestra, with programming by Is This Good? (isthis.gd) Who needs post-production effects when you can reverse-engineer photocopiers, modems, scanners, fax machines and hard drives to simulate rhythms and tones that together play a very apt rendition of Dylan’s ‘The Times They Are A-Changin’ for real?

I was asked to film the macro intro sequence and I was astonished at how everything was achieved and how much fun it was to play.

Stills from the shoot 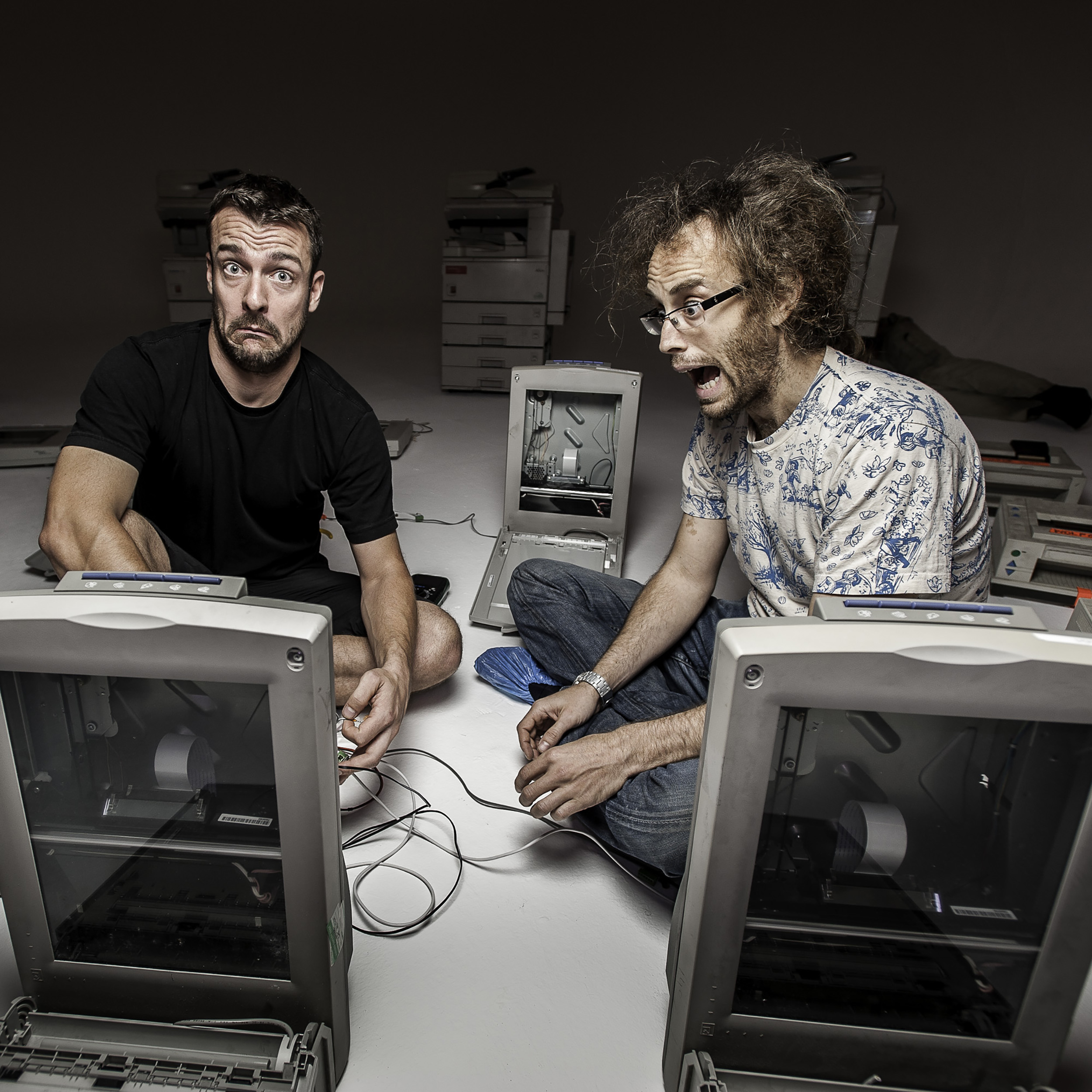 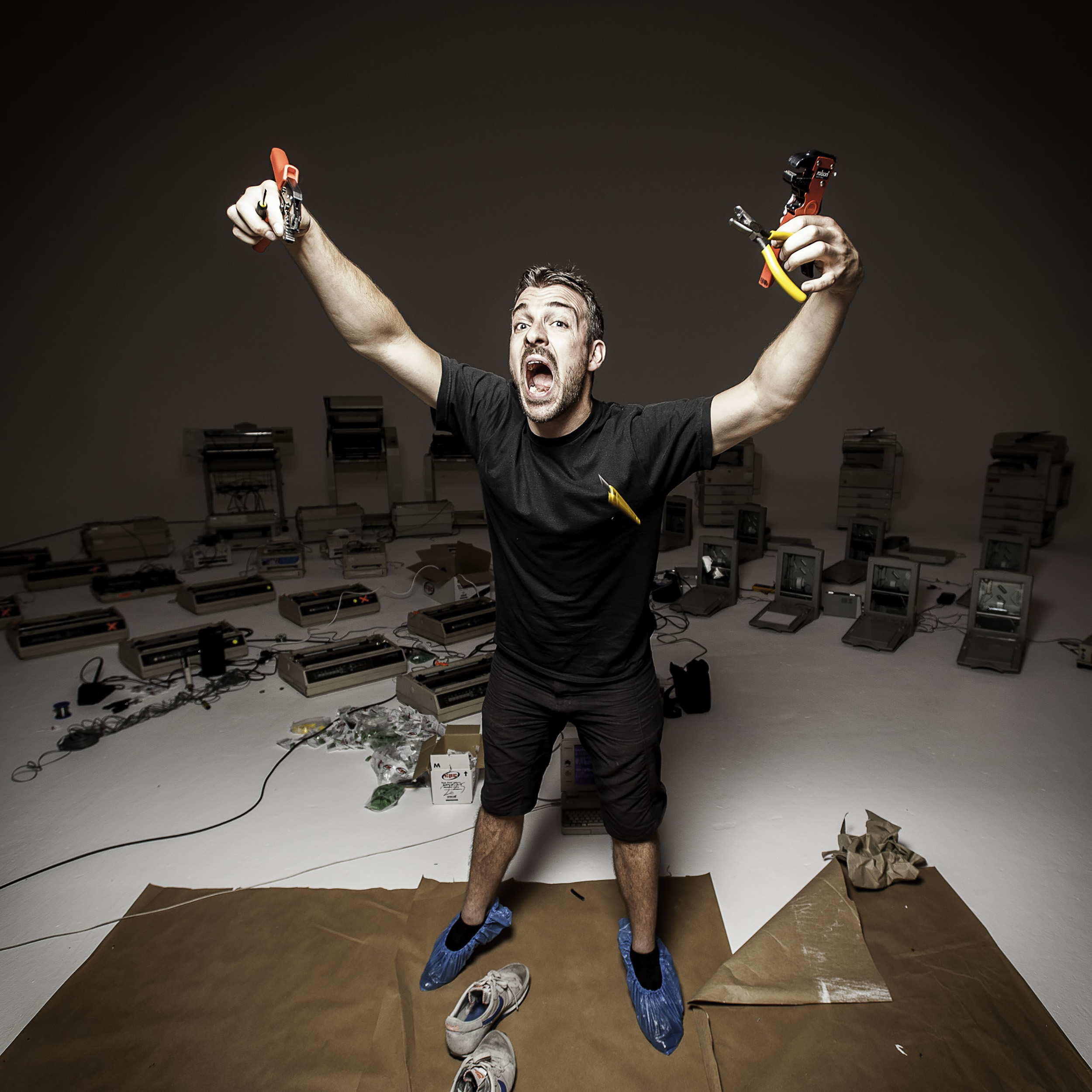 We, and by we I mean isthis.gd, built a MIDI orchestra for Grey London and Brother from old computer junk. Photocopiers, scanners, fax machines, printers, hard drives, modems and the like. We thought it’d be most fun to do it for real. We were really inspired by Tristram Cary, James Houston, BD594 and other radical tinkerers. Making cold stuff warm is fun. We found loads of old machines destined for landfill, took them to bits and reverse engineered them to make noises that we could control via MIDI. Badman Will Cohen made an arrangement of Bob Dylan’s ‘The Times They Are A-Changin’ but the orchestra can play any MIDI arrangement, or indeed be performed live. Maximum respect to Neil Mendoza, Marek Bereza, Will Cohen, Stefan Dzisiewski-Smith, Justin Pentecost, Mike Harrison, Mat Holloway, Jason Oakley and all at Partizan, Liat Wassershtrom, Ben Joffe, Tim Leask, Jack Ellis, Ozzie Pullin. Awesome cinematography by Denzil Armour-Brown and Daniel Lowe. Tight edit by Ross Hallard. Post and psychotherapy by Sheldon Gardner and time-based-arts.com. 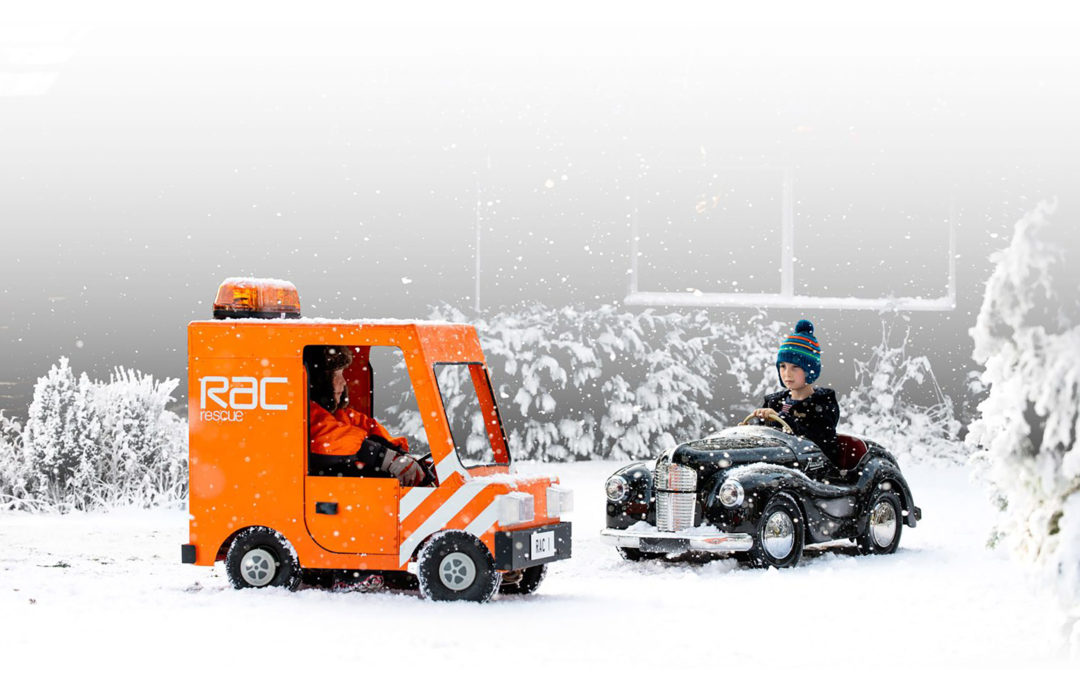 On a mild Autumn Day in Uxbridge, the Guard Brothers from Smuggler put together a winter wonderland in an unexpecting residential neighbourhood.

The TV commercial can be seen here, and captures the kids playacting the scenario of a frozen and broken down car, stranded in the snow.

With a quick phone call, an RAC serviceman quickly comes to his rescue, and with a swift fix under the bonnet, sets him on his merry way.

I was asked to capture stills for all of the RAC’s online and print winter campaign, and I’m very pleased with the results. 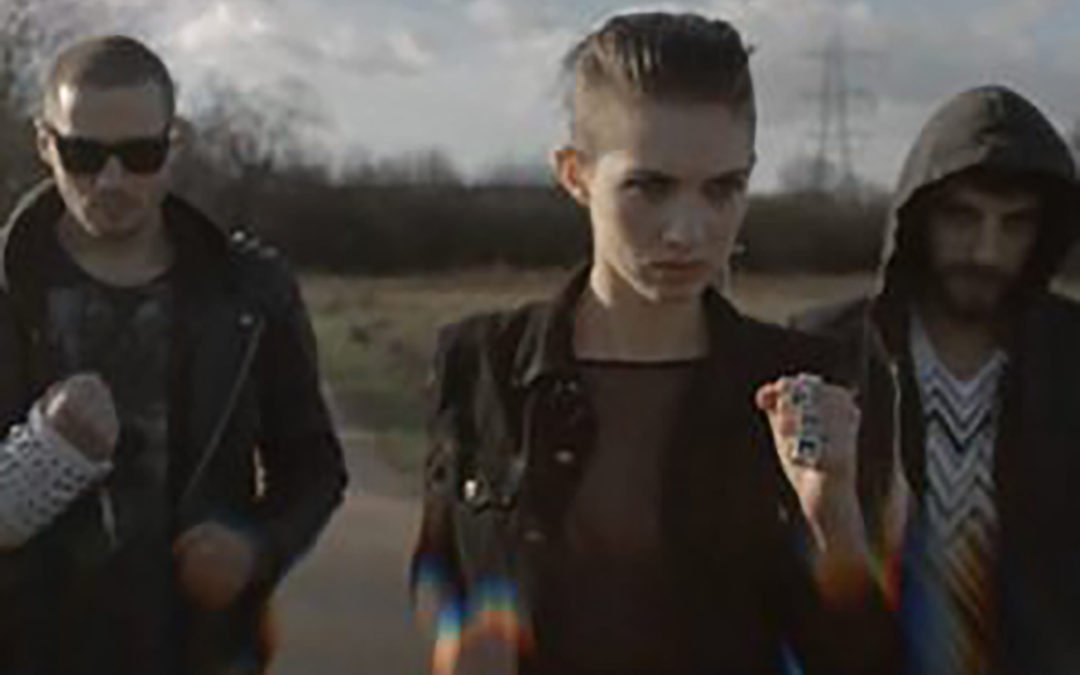 I just wanted to share this video directed by my good friends Tim Main and Joe Dixon.

They were very kind to help me out in my early days of directing and have gone on to prove themselves to be quite excellent directors.

I was honoured when they asked me to be Director of Photography for their new video that is currently premiering on Mint Magazine. It was a cold, cold day on Hackney Marshes but the sun was out and a great little crew pulled together to produce this little gem. I left that day not quite knowing what to expect from the final video as the post production sounded like an immense undertaking…..but wow they certainly took it to another planet.

The footage was shot on a handheld on a Canon 5D, which increased the complexity of creating 3D effects like the cliff and monster assembled from body parts. Inevitably perhaps, late nights ensued which directors Tim and Joe embraced with enthusiasm and the result is a quirky journey which mirrors the genre-busting track. 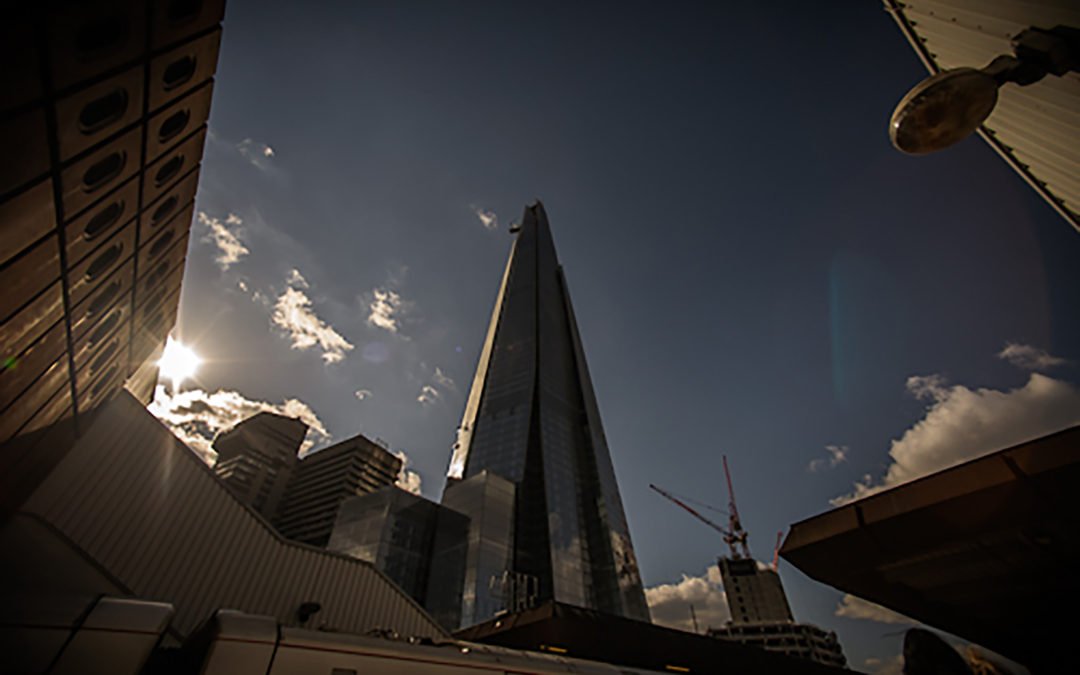 The Shard – Shoot Day One

Paul Raftery, architectural photographer, and I have started producing a time-lapse film of London’s latest skyscraper ‘The Shard’.

The intention is to create a simple, but beautiful study of the building in the final stages of construction. Day one of the shoot was very successful and the weatherman was very kind to us with a deep blue sky and cotton wool clouds, fingers firmly crossed for more of that!

Stills from the project 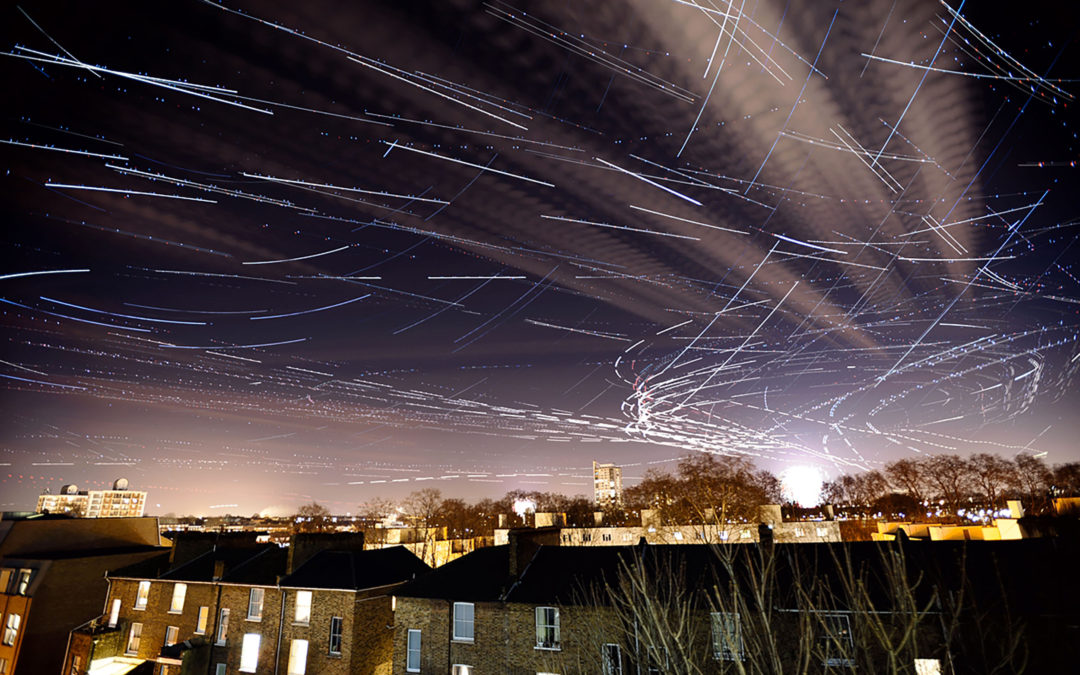 This is a stacked timelapse I took over the New Year in Dalston East London. You can see star trails, plane trails, fireworks over a 2 hour period. 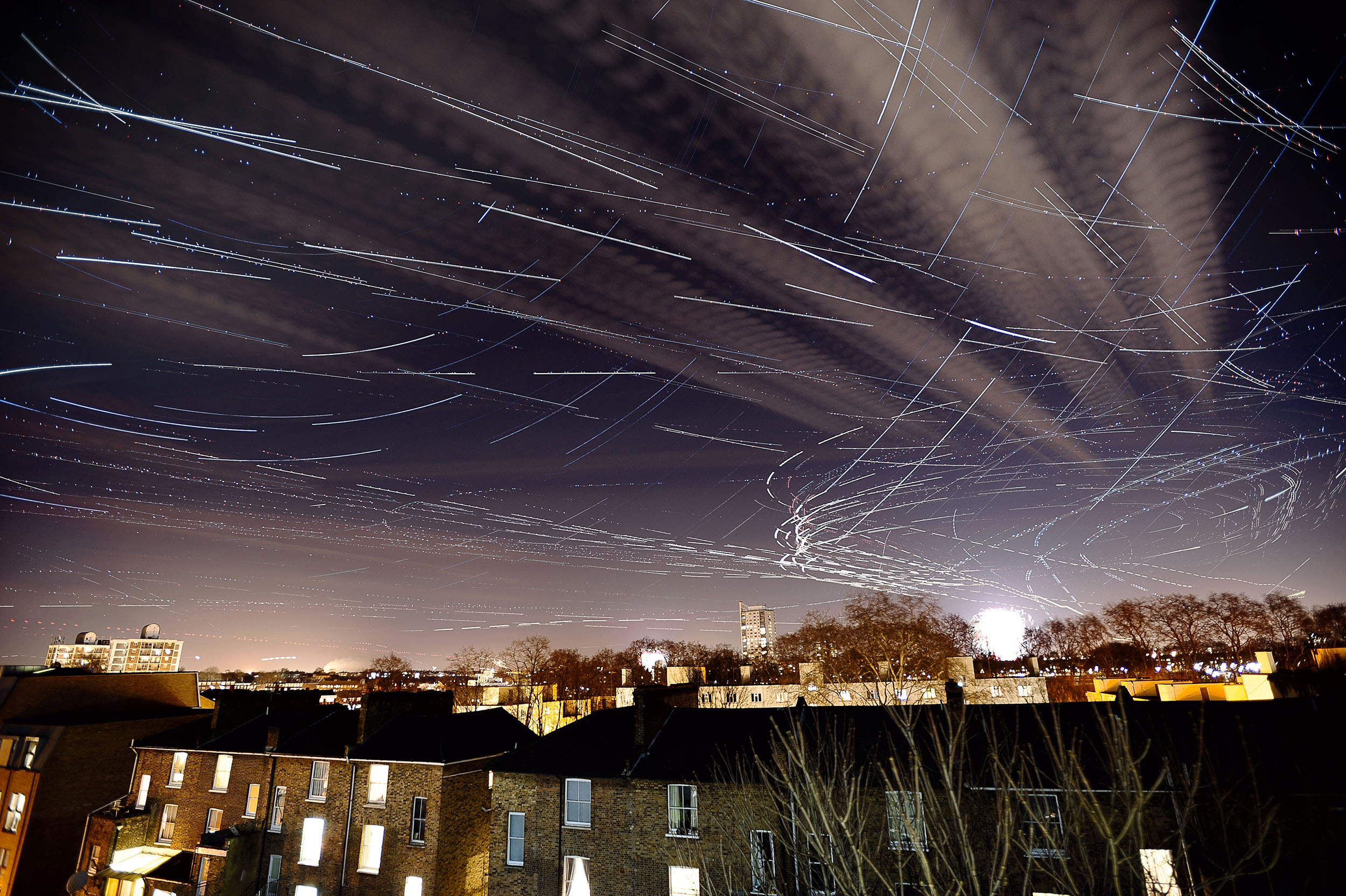 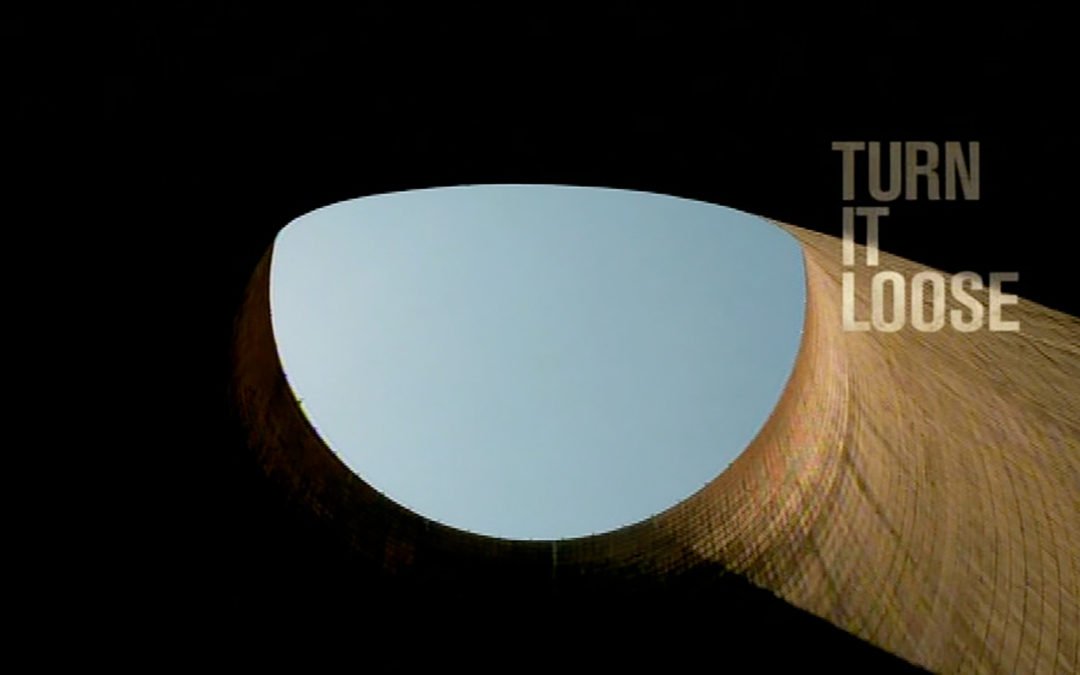 In 2007 Anthony Dickenson and I travelled out to Johannesburg, South Africa, to direct a special effects sequence for Alastair Siddons’ breakdance documentary ‘Turn It Loose’.

We were asked to film a live timeslice during the finals of the world b-boy championship being held in an abandoned power plant just outside Soweto. You can see some of the incredible results in the trailer, but you will have to watch the film to see the best. 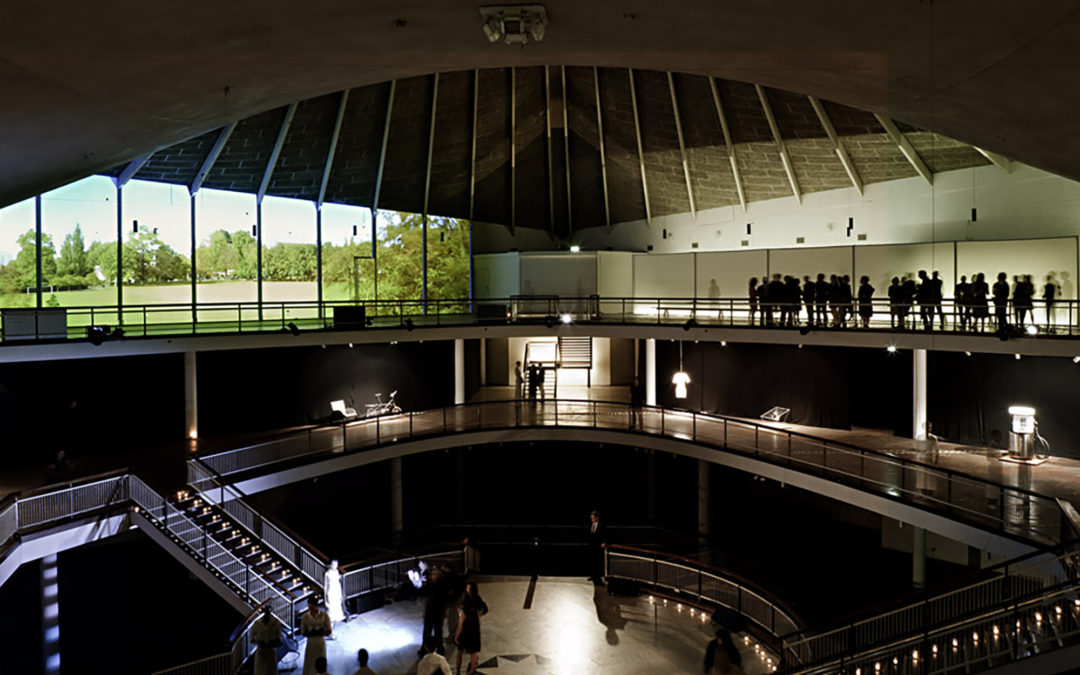 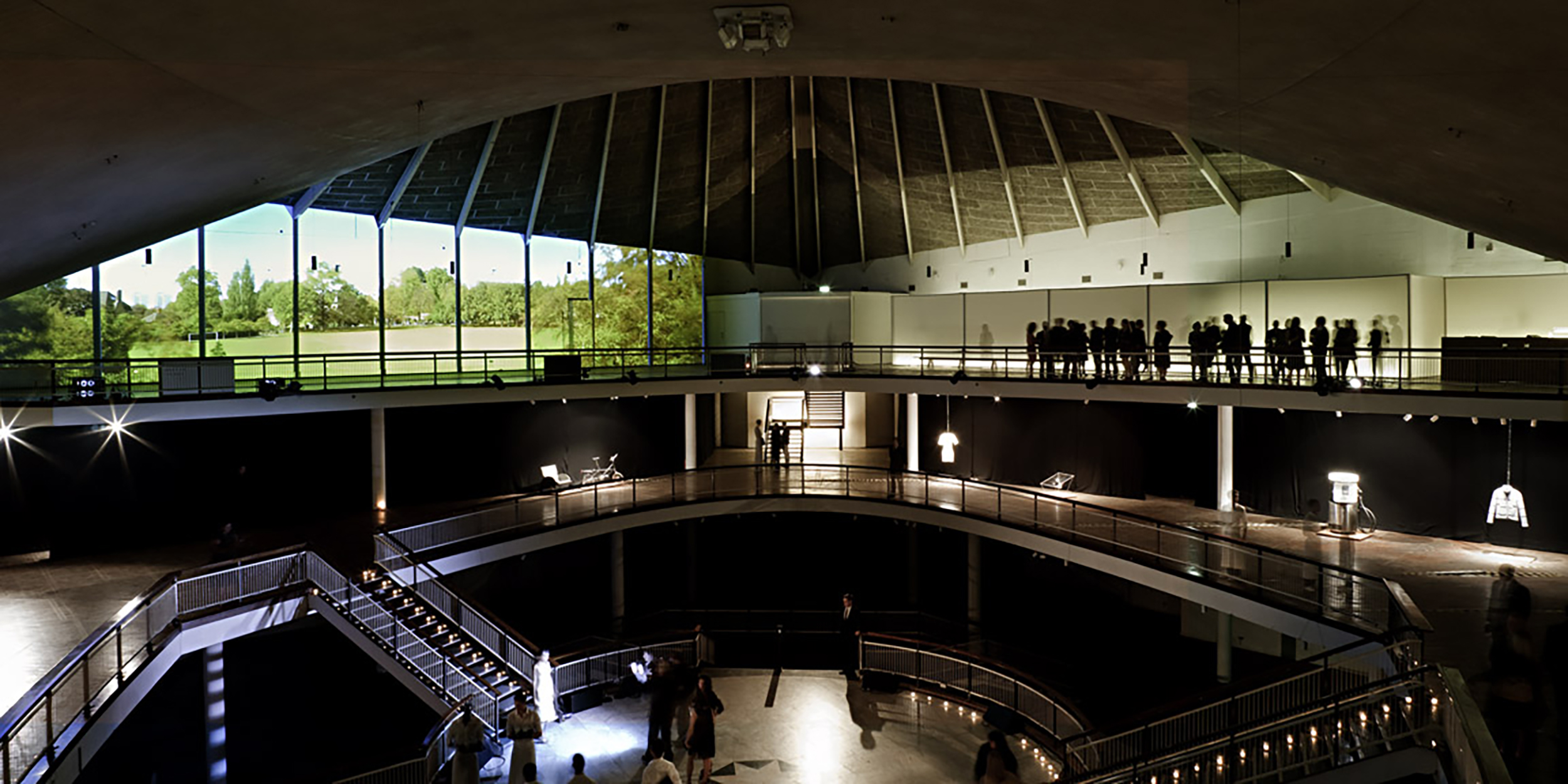 Last month I worked on a project with ML Studio to complete a super hi res time-lapse for a projection at the Commonwealth Institute in Kensington.

We used Nikon D3X’s and filmed continuously night and day for 80 hours taking a still every ten seconds. The images were then compiled into a movie to display the future view from the upper window, designed by John Pawson, and will be installed when the building becomes the next design museum. 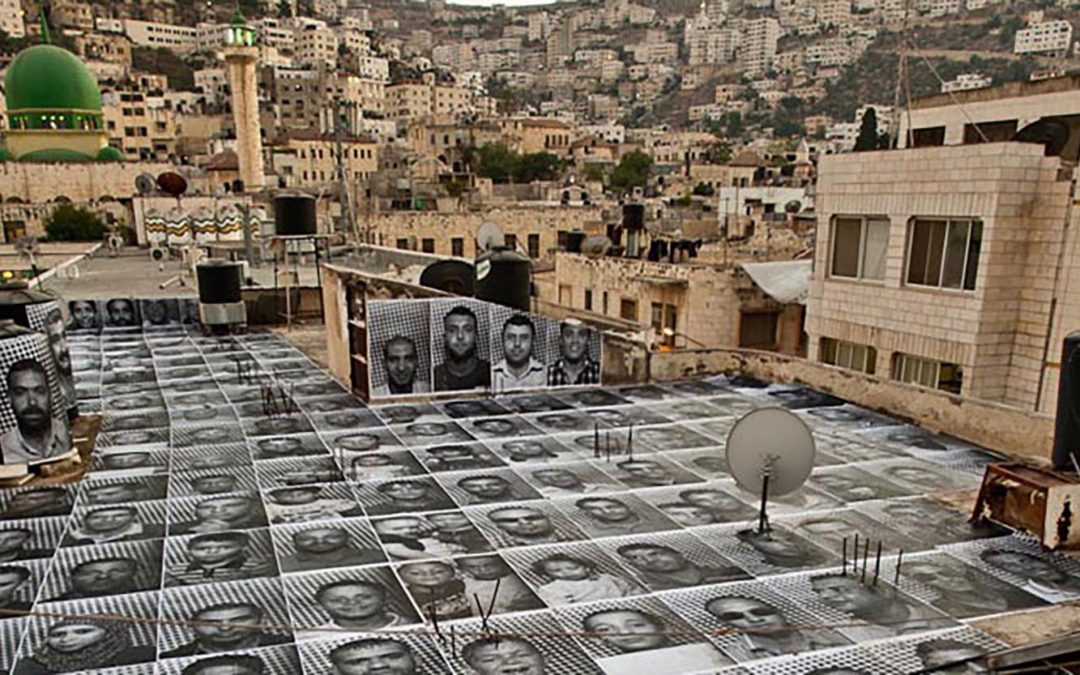 I have worked with French artist JR many times over the years. For his film Inside Out, directed by Alastair Siddons, I was a camera operator on the Israel and Palestine unit that documented the Time is Now, Yalla! project.

Yalla was an art project that happened in Israel and Palestine. JR and his team set up giant photobooths, which ran in September 2011, turning out about 1,000 photos each day. Palestinians and Israelis were invited to visit and, in exchange for a personal statement, received a large-format portrait they could paste wherever they wished – either on their own or as part of a group. In addition, independent teams of photographers and pasters were there to paste, and engage new participants.

The Yalla project forms part of a fascinating documentary that tracks the evolution of the biggest participatory art project in the world, the wildly popular ‘INSIDE OUT’. The film travels the globe with French artist JR as he motivates entire communities to define their most important causes with incredibly passionate displays of giant black and white portraits pasted in the street. We witness young and old taking ownership of walls that were previously restricted and in doing so testing the limits of what they thought was possible. In capturing the process, Alastair Siddons creates a glowing testament to the power of image and the role that art can play in transforming communities. 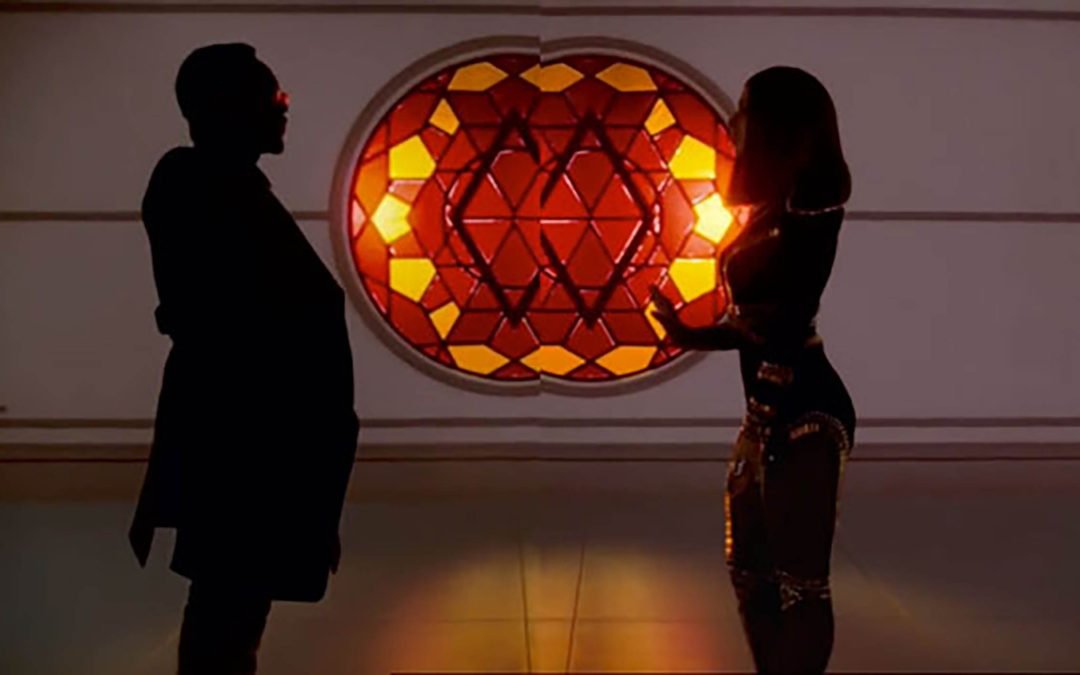 I worked with Saam one of the most acclaimed music video directors  in the business to help him achieve his highly technical concept for Cheryl Cole’s 3 Words video.

Something that hadn’t been attempted before -a one camera move with a second camera breaking off to film an alternative camera path then re-joining the existing camera. He asked me to design the motion control moves to achieve his vision.

Mark Roberts, Mark Roberts Motion Control: “It would have been extremely hard to achieve this programming a motion control rig hence we relied heavily on pre-vized moves from the post production company (The Mill). The moves were solved on set using IKTRIX motion control move-solver software and where then simply fed into MRMC Flair and the rig then performed the moves. The restrictions in the set meant that the track had to be laid in a position that could achieve the entire move.”

Adam Grint, Lead Flame, The Mill explains: “The idea was to have a continuous split screen over the full length of the promo showing different parts of the same environment and then at various points through the video, this environment would join to become a full frame.  When the two sides come together, the two motion control cameras are following precisely the same path and when the screen splits off, the cameras are themselves splitting off and going in their own direction.

“The end result is fantastic and it was great to be working with such a committed and vibrant team as director Saam and Paul at Partizan.”